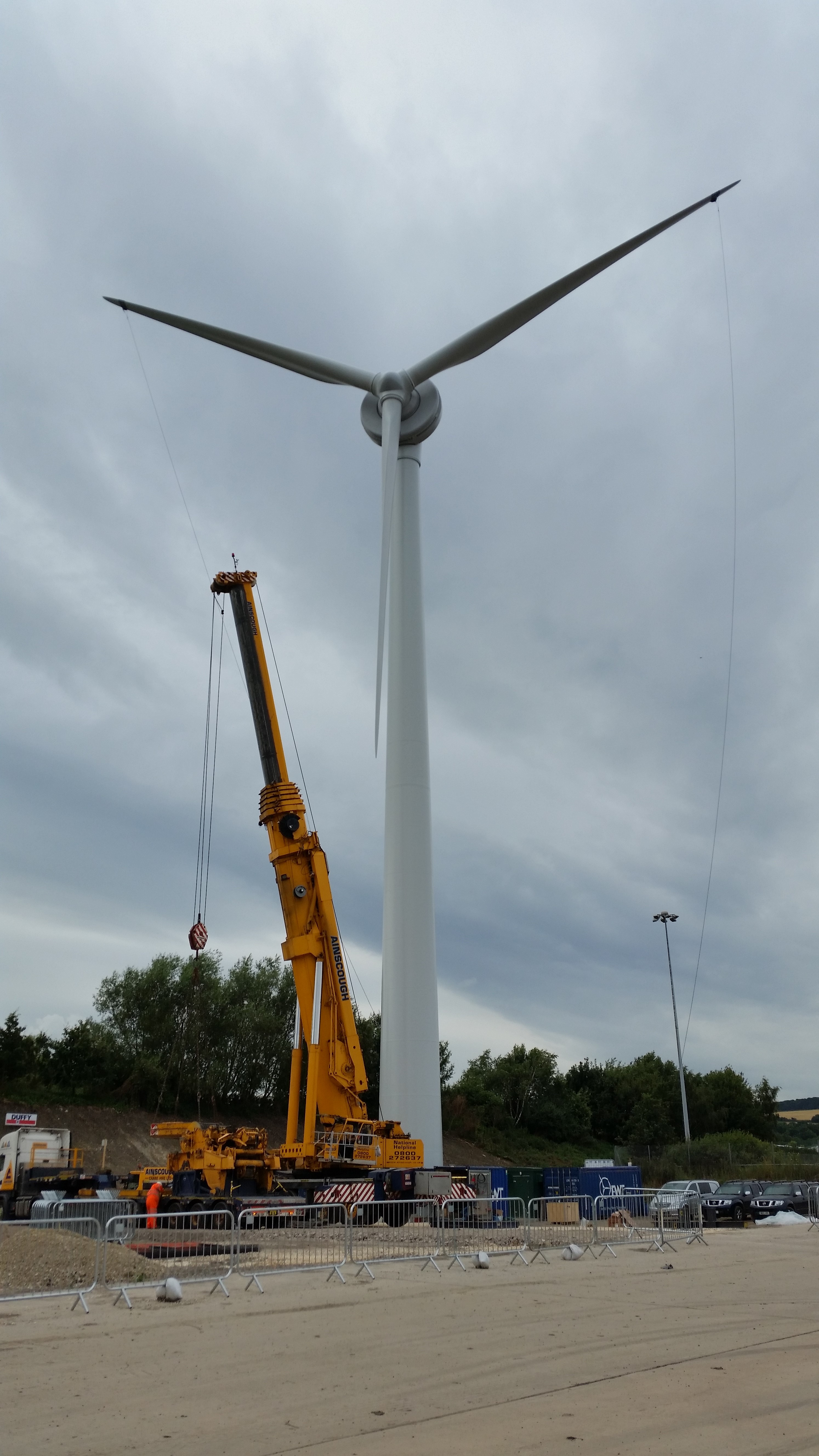 A wind turbine has been installed at Old Whittington waste water treatment works in Chesterfield, so as to increase the amount of renewable energy generated on-site. 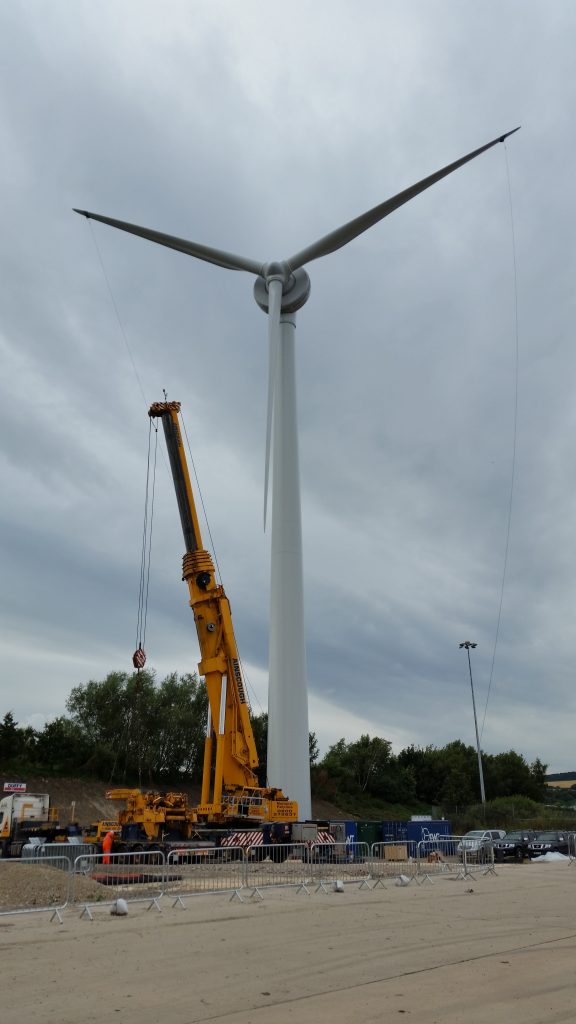 Old Whittington’s waste water treatment works is owned by Yorkshire Water and treats and processes sewage from 100,000 customers in Chesterfield. Around 40% of the energy used at Old Whittington is already produced from renewable sources so the power produced by the new 1.6 million wind turbine will reduce the site’s carbon footprint even further.

Since April this year a team from Kelda Water Services, sister company to Yorkshire Water, have been onsite carrying out preparatory works in readiness for the turbine delivery.

Made in the Netherlands, the turbine arrived by ship, coming through Southampton and transported through the motorway network to its final destination of Chesterfield. Its construction was completed over two days in the week beginning 8 August and it measures at a maximum height of 77m from the turbine’s base to the tip of the blade.

Electricity production began as the month of August concluded, following the commissioning and testing of the turbine. It should have the capacity to generate the equivalent of approximately 20-45% of the site’s annual electricity needs. This is roughly equivalent to the average annual electricity demand of 350 homes. With more homes set to be built, it is evident that the region will need to install more wind turbines to meet growing electricity demand. Fortunately, this will mean a boost for jobs in the area, as more supply chain industries such as plant hire are needed. Many turbine contractors will need crane hire yorkshire in the Yorkshire area, meaning the expansion of renewable energy is set to boost the local economy massively.

Yorkshire Water utilises a huge amount of energy to provide safe drinking water and to treat waste water for its 5 million customers. Most of this is bought from commercial energy providers and the company’s electricity bill stands at 50 million per year. Increasing the amount of energy generated from renewable sources will reduce reliance on less-clean fossil fuels but will also help to keep bills down for Yorkshire Water’s customers.

It’s estimated that the population is growing fast, with an extra 855,000 people predicted to live in the region within the next 25 years. The climate is changing too, with predictions that the average temperature could rise by 3.6 C by the 2050s. These changes will stretch the region’s natural water sources over the decades to come and Yorkshire Water’s aspiration is to have 50% of the energy it uses supplied from renewable sources by 2020.